I have to say from day one living out of Jucy, Australia’s famous camper and car rentals, was a breeze. We rented the Penthouse camper van for 21 days, that carried four people, lets not say comfortably slept four, but definitely worth it if your on a tighter budget. It had all the necessities added; a 25 litre water tank with sink, a good-sized fridge that happily housed beers as well as food, all crockery included, bedding, towels, two gas stoves, DVD player, and plenty of storage space. 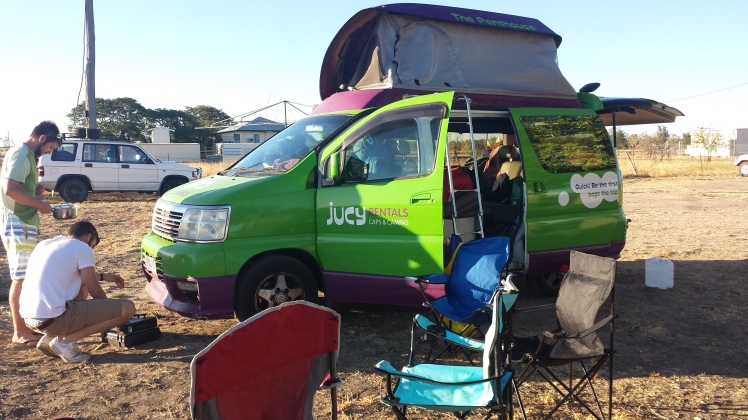 Annoyingly I never replaced my amazing Osprey backpack that was stolen in Africa, so I have been travelling around with a medium-sized suitcase ever since. Surprisingly haven’t had any problems with it so far, and I have to sadly say I almost prefer it. Obviously both have their pros and cons, but even with three other backpacks in the camper, I managed to road trip through the Outback with my suitcase. Personally I found it a lot easier to gather my things when needed, rather than spending ages rummaging to the bottom of the backpack. I’ve also been able to carry a lot more clothes this time round, which has come in handy, especially running through different climates. Although I do miss just chucking on my trustworthy backpack and off to the next destination, rather than relying on wobbly wheels.

We spent the extra on insurance with Jucy and got the stress free package meaning everything was sorted and paid for when we had our breakage in Alice Springs. With the steering pump gone and spare wheel missing (even though they said there was one!), Jucy got straight onto the case, got our camper fixed the following day and put us up in a cabin for a couple of nights, all expenses paid. Advice when renting campers or cars, do not take the risk and just pay the full insurance package.

When it came to sleeping, the space in the main section of the camper comfortably slept two adult males, however the pop up tent on top was pretty much a single bed made for one. When it was myself and an over six-foot male sleeping up top it was a squeeze. Thankfully we fitted okay with myself not being oversized, but put two men up there and you’ll have problems.

Overall I would rate Jucy Penthouse camper an eight out of ten, due to the problem we had in Alice Springs, mainly because of how old the car was and how many thousand kilometres it had done, but to add to that we had unknowingly been driving 4000km without a spare tyre. However as much as we loved Jucy and life on the road, after a two-week stand still in Cairns, we are back on the road with another Jucy, El Cheapo, just Tom and I cruising down the East Coast to Brisbane, hitting up all the famous spots very briefly. 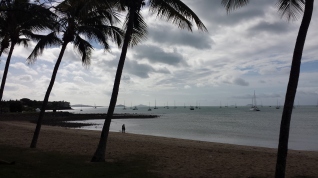 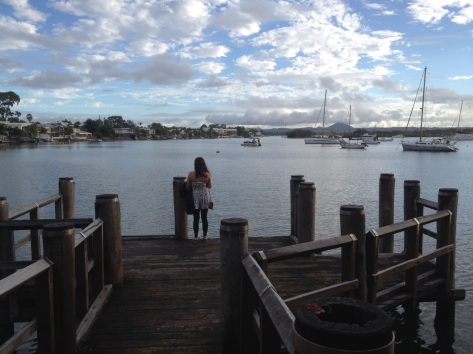 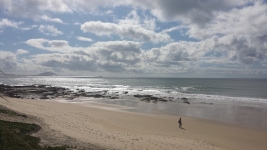 The plan of landing a job in Cairns or rural outskirts, whilst the weather is fantastic up North, didn’t quite go accordingly. Cairns is a ghost down, despite being peak season for backpackers and tourists, there are literally no jobs around, including farm work up in the Tablelands. Business, even for the locals, is in a terrible state at the moment. But for us backpackers we made the most of the weather and beautiful surroundings with two weeks chilling by the Esplanade; fresh smoothies, live music, sunbathing, good food, great nights out, a cheeky date night, a couple of working days for some free accommodation and the free use of BBQ’s by the beach. Eventually I landed a fantastic opportunity that I couldn’t turn down.

My next adventure takes me to Sydney, where I will become an au pair to a lovely family of four, just over the Harbour Bridge in the suburb, Neutral Bay. Once we hit Brisbane, leaving another Jucy behind, Tom and I fly down to Sydney and begin the next leg of our journey. Five states down, two to go! 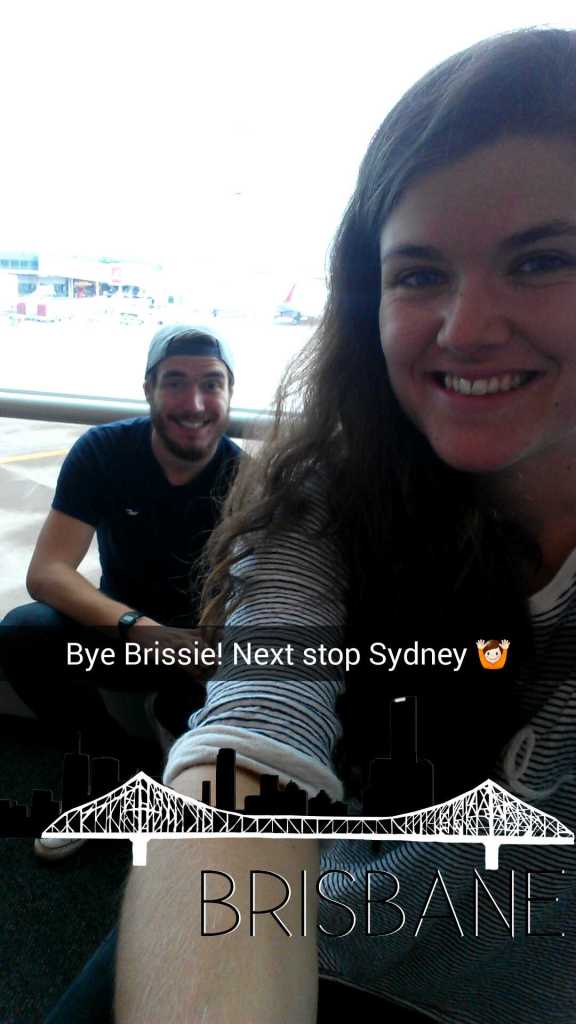 The expressions on our faces sum up the last 5 years! 😂 What a 5 years it’s been though. Bloody adore this man! @tomsyoung 🥰 #anniversary #thanksforputtingupwithme #loveyou
Feeling good to be back in the Barcelona sunshine 💛
🍊
pebble 🌊
Finally the days come to make a little home with this one🏡#welcomehome #adultlife
Happy Birthday to this cool dude...would you believe he’s 60 today! #goodgenes #hopeigetthem #60goingon30 #loveyou #papa🕺