Love and care are two things you’ll find hard to find in the settlements of Cape Town. I have realised  this along my journey of working with TLC. The neglected children we see everyday crave the attention from us when we arrive in the bus bearing smiles, food, pens and paper and love. With parents who are drunk or drugged the majority of the time they bypass the fact they have perhaps a four-year old that hasn’t been fed for days, or washed or even given a proper bed to sleep on at night. Many children come running to us when we turn up, with no sight of their parents ever coming to thank us or to even check on their child. 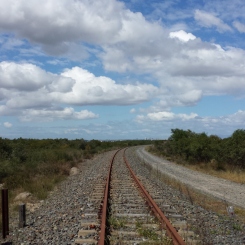 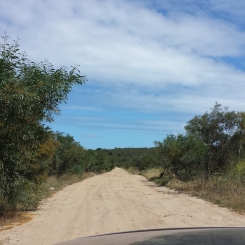 Colleen told one story of a child who was killed after the mother rolled on top of it in bed one night from being so intoxicated by drugs. And I am sure there are hundreds of stories like this one. But one that really has stuck vividly in my head was from today. We made our way to Takkegat with the police far far out in the bushes and Colleen told a story from a previous time she was visiting this settlement in particular. As she was driving down the mud track a girl, at the age of just thirteen came running out of the bushes, wearing no underwear, covered in blood. The story was her mother sent her away for prostitution and was picked up by a man in his car to then be hijacked by another man, who shot the customer dead and raped the innocent girl. Luckily the girl got away in time but the murderer was never caught. What a disgusting world we live in at times.

Love is something so easily received back at home, and is the one thing I miss most. From my family, seeing them everyday, with a warm hug from my mum, joking around with my sister and having my boyfriend with me all the time, to suddenly nothing is really tough. To imagine the kids in settlements not even perhaps knowing the feeling of being loved, but rather abandoned, lonely and lost is a terrible thing. Even staying at the hostel here with the other amazing and loving volunteers makes me feel guilty at times, to know I always have someone there for me. They don’t.

This week is school holidays for the kids so TLC have been going into the settlements to make their time off fun, happy, joyful and educational. So far we have had a beach day which was crazy. 45 kids running around with no sense of discipline was surprisingly tiring work, but their smiles on their faces definitely gave hope that the work we were doing was worth it.

Another day we spent in the two settlements, Wolverivier and the Village, where Marte and I basically became sex education teachers. In charge of the 10-14 year olds, we played games and taught the kids about sex, drugs and relationships. At times I was shocked to see how much information they knew about drugs and sex. I don’t remember knowing anything at that age! Many of them described drugs in a positive way, with one child saying “weed; makes you feel as high as the sky!” 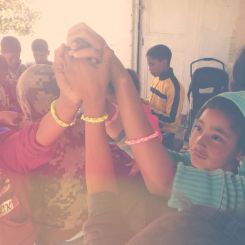 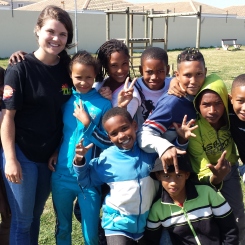 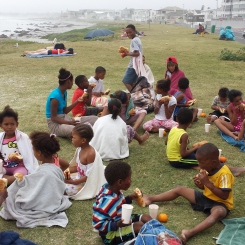 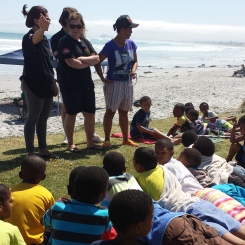 Today has been a day to remember though. We travelled outside of Cape Town to the dump, which was enormous. Here lies a number of settlements. Being miles away from any form of civilisation the people live off scraping rubbish from the trucks that are bought in everyday. The smell in the settlements was horrendous, not to mention the flies! For this trip we had to have the police with us. Colleen explained as we travelled down the long dirt tracks that men would hide in the bushes, jump out and hijack cars at gunpoint. Thankfully nothing happened. We spent the day handing out food to the settlements, face painting, colouring and making loom bands with the kids. 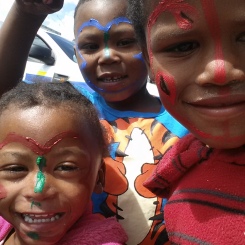 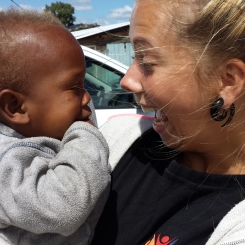 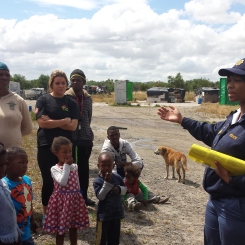 At the second settlement, which was one of the smallest so far, we met the leader of the place, the Rastafarian. Before we left a big argument kicked off between the women of the place and the Rasta. Short of it was the Rasta wanted some order in the place after seeing the mothers neglect their children daily, from being intoxicated and drugged. It gave me hope to see that such a man had some sense in him to stand up for his settlement. Sad to think nothing will change.

The expressions on our faces sum up the last 5 years! 😂 What a 5 years it’s been though. Bloody adore this man! @tomsyoung 🥰 #anniversary #thanksforputtingupwithme #loveyou
Feeling good to be back in the Barcelona sunshine 💛
🍊
pebble 🌊
Finally the days come to make a little home with this one🏡#welcomehome #adultlife
Happy Birthday to this cool dude...would you believe he’s 60 today! #goodgenes #hopeigetthem #60goingon30 #loveyou #papa🕺